On Monday, January 19th Marg and I visited the Holy Land Experience theme park in Orlando as part of our recent vacation and conference trip to Florida. This theme park is unlike any other in that the ‘theme’ is the Holy Land. Great efforts have been put forward in recreating aspects of the Holy Land as it was in Jesus’ time. There is a wonderful market, a portion of Herod’s Temple, a huge model of the city of Jerusalem as it was in the early first century and a wonderful collection of original manuscripts and Bibles from early days through to modern times. A full six or seven hours is needed to fully see and participate in everything. There are live dramas, video presentations, static displays as well as a live presentation of how the Tabernacle was used and what the Priests did at the time of the wilderness wandering.

Here are some pictures from the day. 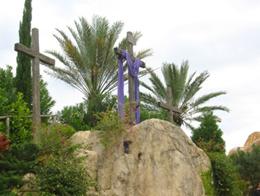 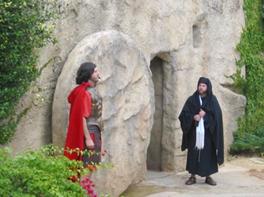 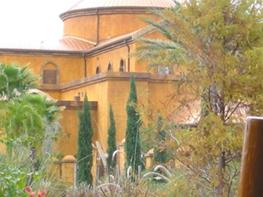 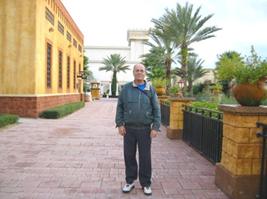 A wonderful collection of Bibles 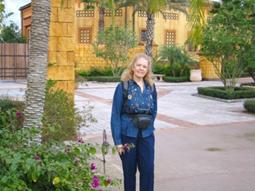 Marg in front of the Shofar Auditorium 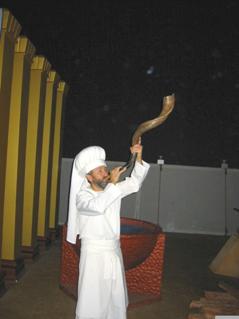 The three days of the Beyond All Limits-2 Conference were so packed with leadership training and information, we were afraid that “information overload” would occur. On the contrary, this year’s Global Pastors Network – Beyond All Limits -2 conference seemed to pass so quickly even though nearly 70 world-renown Christian leaders presented plenary talks as well as a myriad of workshops – it was so difficult to choose! Interestingly, the plenary sessions had up to seven of these leaders talking for about 30 minutes one after the other. They physically passed a baton from one speaker to the next as a symbol of passing the knowledge they had acquired in their leadership roles.

Many of these plenary session speakers offered 30 minute workshops on their speciality area of ministry. It was such a treat to be under the anointing of these leaders. Besides the sessions and workshops, the praise times were wonderful with world-renown leaders from all parts of the world.

The main honours went to the late Dr. Bill Bright of Campus Crusade and founder of Global Pastor’s Network. Bill was honoured in spirit by all who attended and his wife Vonette was honoured for carrying on much of his work. John Maxwell the new leader of GPN gave a wonderful message and announced that GPN will be growing with new University level training course headed by four academic Chairs.

The other highlight of the conference was the pre-screening of  “The Passion” with Mel Gibson himself speaking to the conference attendees on Wednesday afternoon. After the showing of the movie on Wednesday night, there was a distinct silence by the approximately 5500 leaders. The movie is without a doubt the most riveting portrayal of Christ’s Passion. There were not many dry eyes that evening.

Marg and I were so thrilled to be part of the whole experience. Here are some pictures of the three day’s activities. 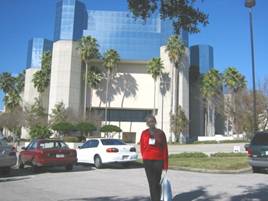 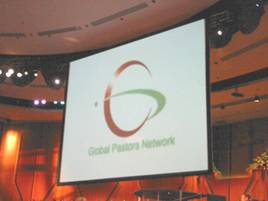 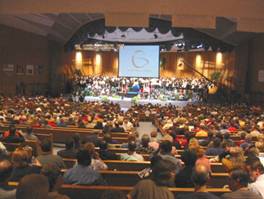 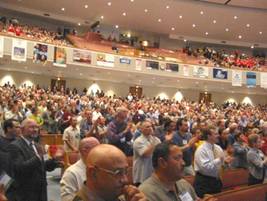 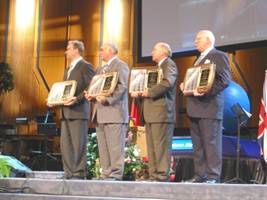 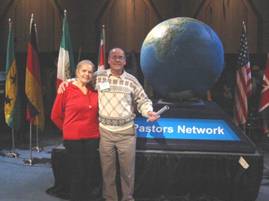 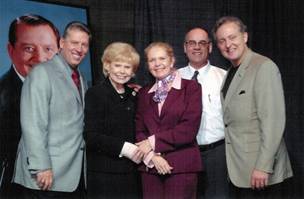 For the last couple of days of our trip, Marg and I visited Christian International Ministries in Santa Rosa Beach Florida for some training. Christian International Ministries is the Prophetic Training Ministry of Bishop Bill Hamon. Ian attended a Worship Leader’s workshop run by Dean Mitchum and Marg took part in a Prophetic Training by Faith workshop. We had taken training at CIM about five years ago and had met John and Mary Webster of Transforming Life Prophetic Ministries. John and Mary are no longer associated with CIM but have a vibrant Ministry on their own. We had a chance to have dinner with them one evening and shared about our respective ministries. 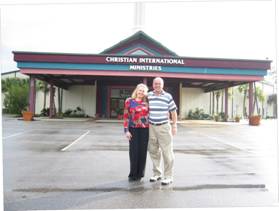 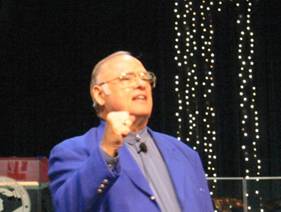 Ian & Marg in from of      Bishop Bill Hamon preaching the first night. 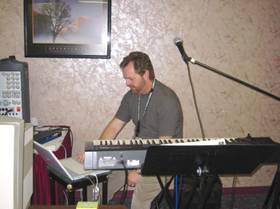 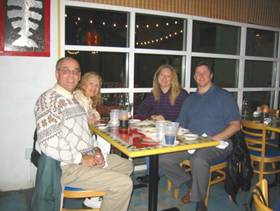 (Back to Introduction Page)