This Alpha Holy Spirit weekend started on Friday night with Reverend Walter Read, the minister of Knox-16 Presbyterian Church, welcoming everyone. A time of praise and worship and reflection was followed by wonderful time of fellowship. In total there were eight attendees on the retreat, seven from Knox-16 and myself. I was privileged to be invited to minister in song and testimony for the weekend. The Holy Spirit did not disappoint and as the weekend progressed, His presence was made manifest.

The Faith Mission in Canada retreat facility was shared on the Saturday with St. George’s Anglican Church of Loweville as they also had their Alpha Retreat in an adjacent part of the centre. For a good part of the day either their praise music or ours could be heard in the building. Even though their group did not stay over on the weekend, we did share a breakfast and lunch with them.

On Saturday, the three Holy Spirit videos that are part of the Alpha Course were presented with time for reflection and discussion. Following dinner and a time of praise, that evening, Walter presented his “hot seat” time during which people could ask him any question that they may have concerning their Christian experience. Afterwards, a movie was watched and then some very late-night discussions.

Sunday dawned beautiful and after breakfast and more praise, the last video entitle “What Do I Do with the Rest of My Life?” was shown. It was after this video that the Holy Spirit made Himself manifest in some on the course and wonderful ministry took place. The weekend was ended around noon with a Communion Service lead by Walter.

To any who have done the Alpha Course but have not experienced the weekend retreat I can only but encourage you to do so – even with another group. It is a life-changing experience.

Here are some pictures from the weekend. 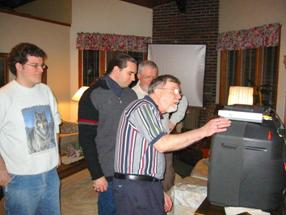 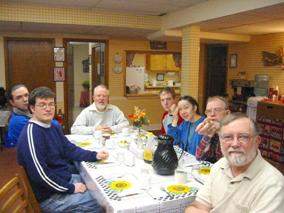 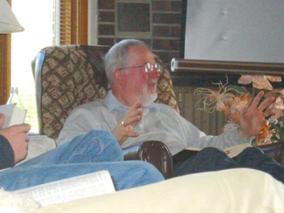 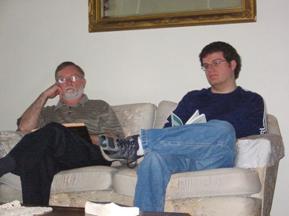 Reverend Walter in the hot-seat. “The       Ken and John contemplating the Word – or sleeping?

fish really was this BIG!” 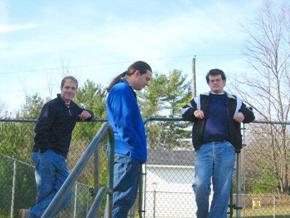 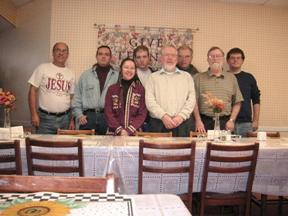 (back to Introduction page)

Several of the speakers had wonderful products being offered in the resource area. The latest offerings by Robin Mark wer also available. As well, many other ministries had displays at the conference including Precept Ministries Canada, Alpha Canada, World Vision Canada, Teen Challenge Canada.

Several members of both St. Andrew’s Presbyterian Church in Streetsville men’s group and New Life Pentecostal Church in Milton attended. My day started off with a 7:00am breakfast with the St. Andrew’s men. The camaraderie and fellowship was a great part of the PK conference. Marg and I were blessed again this year in a volunteer capacity. She volunteered to work with the PK organization and was especially blessed when all the women volunteers were welcomed at the front of the sanctuary to be thanked by 5000 appreciative men. I helped Tom Hart of Precept Ministries Canada with his display and book stand and in the process met many old friends and many new men who have a heart for God’s Word.

There was a very hunger in the men at the conference to go deeper in their Christian walk as demonstrated in the attendance, the conversations in the hallways and the interest in the many ministry displays having wonderful resource material. Praise the Lord that He brings men together for such times - we need always to keep our promises to others as God has kept His promises to us.

Here are a few pictures from the day. 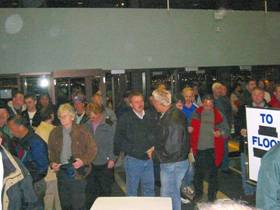 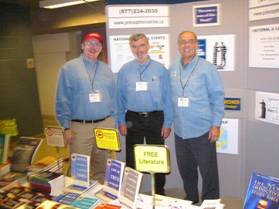 at the Precept display stand. 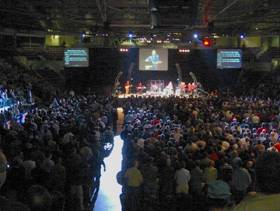 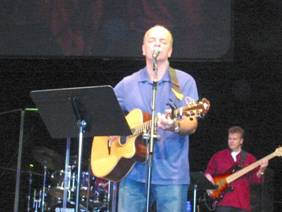 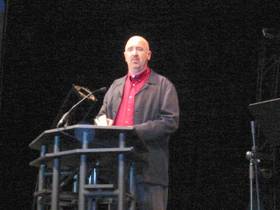 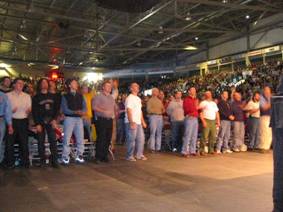 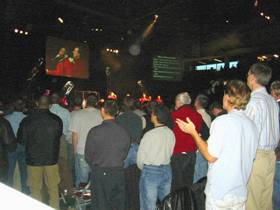 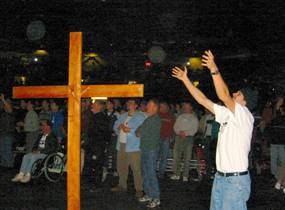 (back to Introduction page)